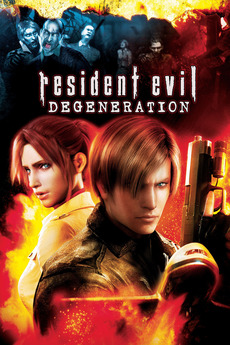 A zombie attack brings chaos to Harvardville Airport. Leon Kennedy and Claire Redfield , who fought the sinister Umbrella Corporation during the Raccoon City tragedy 7 years ago, are back. In high-octane Resident Evil style, they're ready to battle a rogue warrior who is seeking revenge after his family was killed in Raccoon City. The deadly G-Virus is unleashed and a new mutated monster rampages.