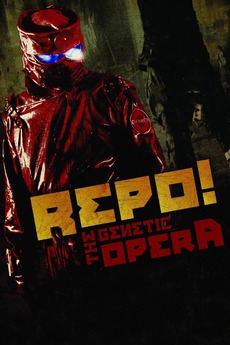 Not Your Parent’s Opera

By the year 2056, an epidemic of organ failures has devastated the planet. The megacorporation GeneCo provides organ transplants on a payment plan - and those who can’t fulfill their plans have their organs repossessed. In the midst of this, a sickly teenager discovers a shocking secret about herself, her father, and their connection to GeneCo.