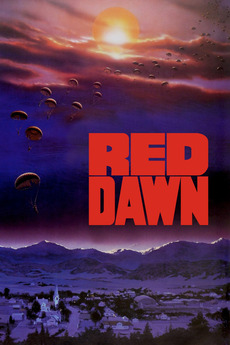 In our time, no foreign army has ever occupied American soil. Until now.

It is the dawn of World War III. In mid-western America, a group of teenagers band together to defend their town—and their country—from invading Soviet forces.

Movies That Have Graphic Deaths Accentuated By Puffy Jackets

Know of another? Why not add it below? We all win.