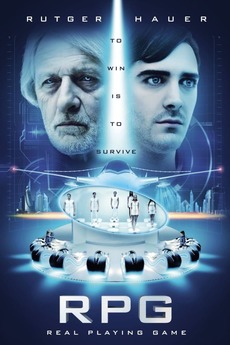 To Win is to Survive

In a future not too far away, Steve Battier, an elderly, terminally ill multi-millionaire, accepts the offer of a company - RPG - that in exchange for a high monetary sum, provides a very select group of clientèle the chance to be young again. For 10 hours, 10 millionaires from around the world, men and women of fame and power, are transferred to attractive and healthy younger bodies, to live in a world of temporary rejuvenation, in a game of real thrills, where every hour someone must die.

My attempt to document the movies that came out of my country, in an effort to get in touch with…

Império Lusitano: A Comprehensive Guide to the Cinema of Portugal

Sometimes the stakes get too high, and you find your life on the line... a list of Death Game movies...

Big Brother is telling us to choose

Programmatically imported from the IMDb event page. To fix missing or improperly matched films add the IMDb ID to the…

Movies I own that I've never seen

Hastings closed & I bought a ton of cheap movies, driving me to catalogue the movies I own (VHS/DVD/Blu-ray) that I've…

All of the films reviewed in the book of Kim Newman's Video Dungeon. I couldn't find these titles, either because…