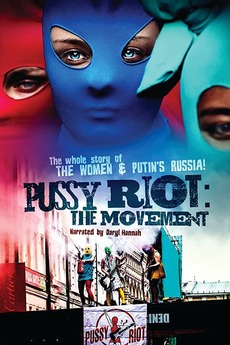 Pussy Riot: The Movement embarks on the odyssey of the girls who rocked a country and continue to fight for human rights throughout the world. Documentary follows Masha Alyokhina, Nadezhda Tolokonnikova, and Yekaterina Samutsevich through their harsh two year sentences for playing music to their freedom. What started as a punk rock collective has catapulted to a world movement for human rights.

Punk's Not Dead: The Most Comprehensive Punk Music List on Letterboxd

Another entry in the comprehensive musical genre series, this one is every band that can be considered punk.

Films that are explicitly anti-cop. Fuck 12!

Documentaries from one time directors

It's interesting to me that there are a number of great documentaries from people who made just one film, because…