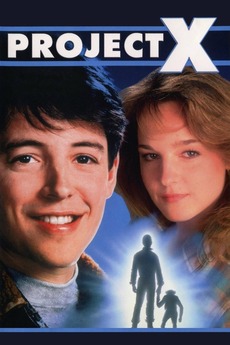 When the Air Force assigned Jimmy Garrett to a top secret project, he didn't know what he was in for. Neither did they.

A young inductee into the military is given the task of looking after some chimpanzees used in the mysterious 'Project X'. Getting to know the chimps fairly well, he begins to suspect there is more to the secret project than he is being told.

Is it quite certain that no day will ever come when even the smallest, weakest, most grotesque, wronged creature will…

movies bill hader has mentioned in various interviews, podcasts, etc. (sources are included in the notes)

Every Film with a Featured Review on the Film Junk Podcast