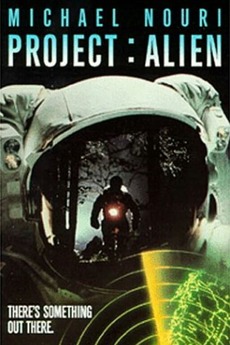 There's something out there.

In Norway a military plane crashes under mysterious circumstances: in his last message the pilot reported many lights falling from the sky. NATO wants to play down the incident, but the famous TV moderator George Abbot and the no less persistent journalist Milker sense a sensational story about UFOs and start snooping around in the area with help of pilot "Bird" McNamara. Inspired by the suspiciously rigorous isolation of the whole area around the crash point and cases of an unknown disease they have a closer look at the military's activities...

A list of horror films that aren't widely known to the public, only live in their rare current VHS (or…

Holy shit, I own all of these?