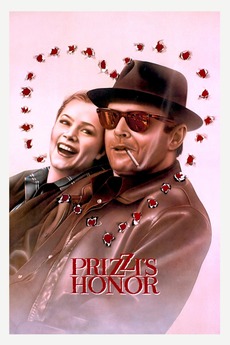 Hired killers by day. Devoted lovers by night. Until things get really complicated.

Charley Partanna is a hit-man who works for the Prizzis, one of the richest crime syndicate families in the country. Unbeknownst to Charley,the Prizzis just hired Irene Walker, a free-lance killer, to eliminate someone who double-crossed them. When Irene and Charley fall in love their jobs become complicated. Their jobs become impossible when each is given a contract that neither can go through with.