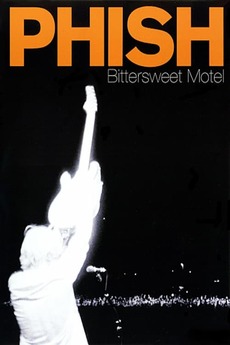 BITTERSWEET MOTEL takes a look at the iconoclastic musicians of Phish, one of rock and roll's most successful touring bands, a group Rolling Stone Magazine has called "the most important band of the '90s." This 84-minute documentary tracks the band over the course of a year — on and off stages across the United States and Europe and at home in Vermont. The film wraps with an extensive section devoted to one of Phish's grand festivals, "The Great Went," where 70,000 fans descend on the tiny village of Limestone, Maine, for a spectacular multi-day musical event. Director Todd Phillips, best known for his groundbreaking films, Hated (The GG Allin Story) and Sundance Award-winner Frat House as well as the blockbuster comedy Road Trip, reveals the fascinating phenomenon of the band — its music, loyal fans and spectacular live shows. Phillips presents a compelling film that every music fan will find fascinating.