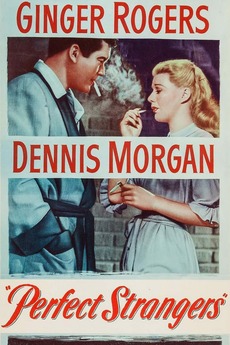 The met by chance -and once they kissed, they knew they never should have...!

Separated from their normal lives, jurors Terry Scott and David Campbell start to fall in love. Romance at a murder trial with a pair of jurors who are the only ones who think that the woman in the dock is innocent.

The dumb ass shit I spend my time on.

Originally a joke list built to showcase how common, average, and…

I fell into a very deep depression over the summer. At the height of it, I retreated to my parents'…

The Golden Age of Hollywood, a period of Hollywood under a studio system with five major (Big Five) and three…

This is for the Canadian TCM Schedule for the month of May 2021. The schedule is similar to the US…

U.S. Programming Schedule for TCM (Turner Classic Movies) for May 2021. There are numerous repeats throughout the month. There's also…

Cameras in the Courtroom: A Docket of Legal Dramas

Films that revolve around various participants of the modern legal system, from judges and jury members to lawyers and legal…