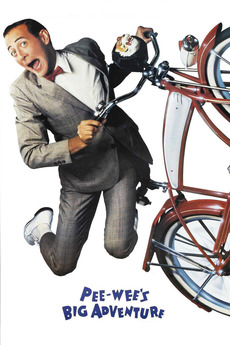 The story of a rebel and his bike.

The eccentric and childish Pee-wee Herman embarks on a big adventure when his beloved bicycle is stolen. Armed with information from a fortune-teller and a relentless obsession with his prized possession, Pee-wee encounters a host of odd characters and bizarre situations as he treks across the country to recover his bike.