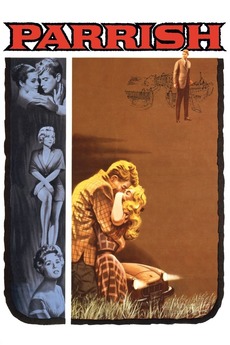 Looking for something. Wanting everything. Troy Donahue brings new passion to the screen as Parrish.

Parrish McLean lives with his mother Ellen on Sala Post's tobacco plantation in the Connecticut River Valley. His mother winds up marrying Sala's rival Judd Raike, ruthless planter who wants to drive Sala out of business. Judd insists that Parrish learn the business from the ground up.

Colors of the Brush: The Cinematography Collection

''A collection of films that paint with light, colors, and camera movement. No order. Some of these films may…

The Phenomenological Heirlooms of Genealogical Strata: An Inflated Inheritance

"This is a cauldron of archetypal motion-potions, the collective dreams of our visual architects, the dramaturgical morphologies of the human…

Poel Roen's High Camp: A Gay Guide to Camp and Cult Films Vol. 1 (1994) was another book that really…

In a Lonely Place: Women Writers of Classic Hollywood

+ beyond, both screenwriters and writers whose works were adapted

Films Shortlisted (and Not Nominated) for an Academy Award

From the 1940s until 1979, branches of the Academy named and screened finalists in the categories of Best Cinematography, Art…

Sirkian: Imitation (of Life) is the Sincerest Form of Plagiarism (another sequel)

Intentional and unintentional homages to / rip-offs of Douglas Sirk's Melodramas - good, great and mediocre. No precursors, particularly given…