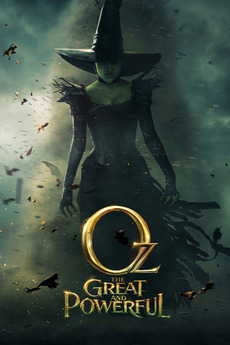 Oz the Great and Powerful
JustWatch

Oz the Great and Powerful

In Oz, nothing is what it seems

Oscar Diggs, a small-time circus illusionist and con-artist, is whisked from Kansas to the Land of Oz where the inhabitants assume he's the great wizard of prophecy, there to save Oz from the clutches of evil.

All movies I've seen in chronological order of when they take…