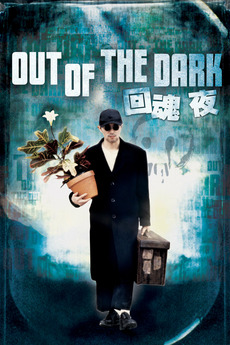 Out of the Dark

Stephen Chow plays an "insane" person who is not afraid of anything. He also appears to be parodying Leon (the professional). Carrying his trusty plant and bag of cling wrap and chocolates he helps a young girl to rid her building of a couple mean ghosts.