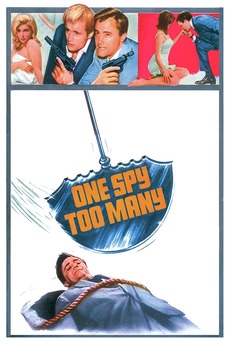 One Spy Too Many
JustWatch

One Spy Too Many

The men from U.N.C.L.E." are back! This time Robert Vaughn and David McCallum must stop the meglomanic Alexander (Rip Torn) from committing the world's greatest crimes.

I fell into a very deep depression over the summer. At the height of it, I retreated to my parents'…