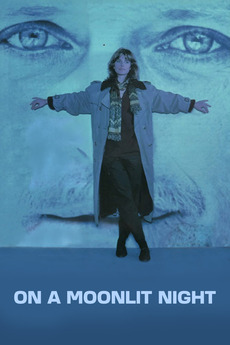 On a Moonlit Night
JustWatch

On a Moonlit Night

An American journalist works for a French newspaper. He is writing an article about the reaction against people with AIDS, without knowing he is infected too. Once he finds out, he decides to cut off himself leaving his wife and daughter.

Crystal or Ash, Fire or Wind, as Long as It's Love, Clair, In una notte di chiaro di luna, Mia nyhta me panselino, Diese vitale Wut, Up to Date

A very subjective concept--gothic horror, gothic melodrama, gothic art films, gothic everything. Can't vouch for their quality or just how…

This list is for movies, shorts, or mini-series directed or co-directed by women. Recs welcome!

[currently working on reorganizing the list and filtering out poorly reviewed…

Watchlist for the Next Decade