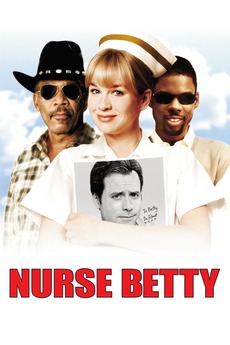 She's chasing a dream... they're chasing her.

What happens when a person decides that life is merely a state of mind? If you're Betty, a small-town waitress and soap opera fan from Fair Oaks, Kansas, you refuse to believe that you can't be with the love of your life just because he doesn't really exist. After all, life is no excuse for not living. Traumatized by a savage event, Betty enters into a fugue state that allows -- even encourages -- her to keep functioning... in a kind of alternate reality.