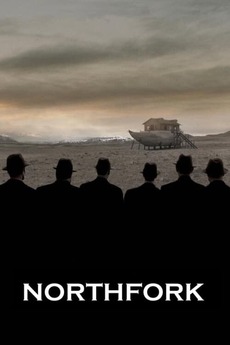 We are all angels. It is what we do with our wings that separates us.

The year is 1955, and a great flood is coming to Northfork, Montana. A new hydroelectric dam is about to be installed in the mountains above the town, ready to submerge the valley in the name of progress. It is the charge of a six-man Evacuation Committee to relocate the townsfolk to higher ground. Most have duly departed, but a few stubborn stragglers remain – among them a priest caring for a sickly orphan, a boy whose fevered visions are leading him to believe he is a member of a roaming band of lost angels desperately searching for a way home.

Every Film Ever Nominated for an Independent Spirit in Any Category

Extreme, Surreal and Bizarre Movies of Some Interest

I've seen horrors... horrors that you've seen. But you have no right to call me a binge-watcher. You have a…