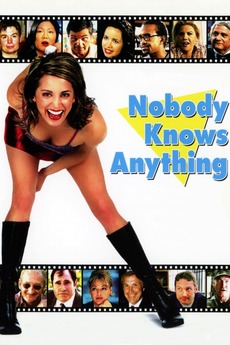 Nobody Knows Anything!
JustWatch

An aspiring filmmaker learns that success in Hollywood doesn't come as easy as she suspected as she attempts to discover the formula to success. When the guidance of her helpful has-been uncle fails to pave the way, Sarah Wilder must seek the advice of such Hollywood heavies as Mike Meyers, Ben Stiller, and Fred Willard -- only to discover that the old adage is true and Nobody Knows Anything about how to succeed in the cutthroat world of Los Angeles.