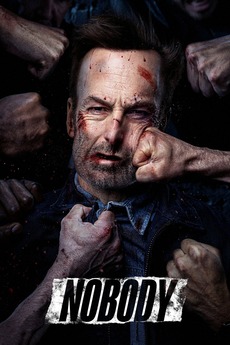 Never underestimate a nobody.

Hutch Mansell, a suburban dad, overlooked husband, nothing neighbor — a "nobody." When two thieves break into his home one night, Hutch's unknown long-simmering rage is ignited and propels him on a brutal path that will uncover dark secrets he fought to leave behind.

List constantly being updated. Yet to be added to LB : Queen Bitch and the High Horse, The Life of…

Choose One Movie Title That Best Describes Yourself Or Your Life

I want to get to know my letterboxd friends! It seems fun!

Choose ONE movie title that best describes yourself…