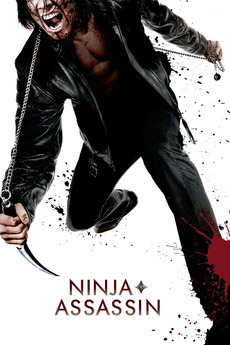 Fear not the weapon, but the hand that wields it.

Ninja Assassin follows Raizo, one of the deadliest assassins in the world. Taken from the streets as a child, he was transformed into a trained killer by the Ozunu Clan, a secret society whose very existence is considered a myth. But haunted by the merciless execution of his friend by the Clan, Raizo breaks free from them and vanishes. Now he waits, preparing to exact his revenge.

Mad, Bad and Downright Strange - A 1001 Cult and Obscure Movies

Hi there and first off let me start by welcoming you to this blogging collaboration, whose purpose is to not…

(original list here, I didn’t curate this list I simply moved it from one site to another) FINALLY completed, will be updating…

A list of films that incorporate the Wilhelm Scream. I haven't seen all of these so if you can help…