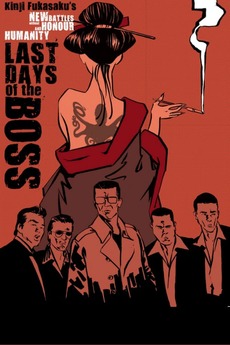 New Battles Without Honor and Humanity 3: Last Days of the Boss

The eighth sequel of the series by the successful “Fukasaku and Bunta” collaboration revolves around the men of a lesser organization that are constantly bullied by the upper organization and “bleed in vain” in gang wars.