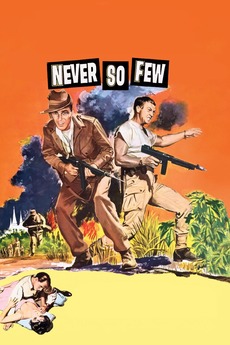 Kiss by kiss the time ran out and never so few were the moments left for love!

A U.S. military troop takes command of a band of Burmese guerillas during World War II.

Feature films and telemovies released by Warner Archive on Blu-ray, up to May 31, 2021.

Movies You Should Watch (according to Watchmojo)

I'm a HUGE fan of the Watchmojo Top 10 lists about movies. I thought it'd be a great thing to…

Have Yourself An Action-Packed Christmas!

Sort of a companion piece to my Horror Films Set On Christmas list.

Action films, some with a touch of…