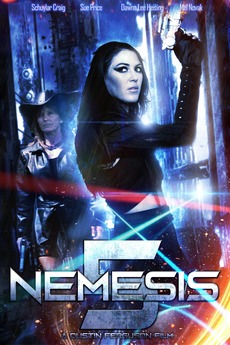 You can't stop the future!

It is the year 2077 and terrorist organization known as The Red Army Hammerheads now dominate the Earth. The fate of humanity now rests in the hands of The New Model, Ari Frost. Trained under the wing of Alex Rain, she must form an army of Cyborg Humans to take down the regime and regain control. After all, 86.5% is still considered human.

A listing of every film that can be completed as part of a Letterboxd Collection.

Movies I want to watch that look bad to awful (which doesn't necessesarily reflect their rating).

Disclaimer: I have not…

Sweet Mercy! The Best of the Bad

The best of the worst of good-bad movies! Whether they're incompetently wonderful, fantastic failures or simply cheesey goodness, any B-to-Z…

The lone hitman has long been a subject that has fascinated filmmakers, the mythical outlaw who kills for money, yet…

List of Movies that worked on Vumoo (no pop-up ads)

Trash gems or mega blockbusters, Cyborgs, desolation, and gore... the all encompassed apocalypse.