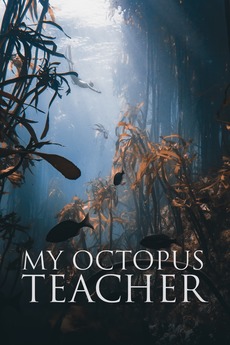 After years of swimming every day in the freezing ocean at the tip of Africa, Craig Foster meets an unlikely teacher: a young octopus who displays remarkable curiosity. Visiting her den and tracking her movements for months on end he eventually wins the animal’s trust and they develop a never-before-seen bond between human and wild animal.

The Sea Change Project Off the Fence