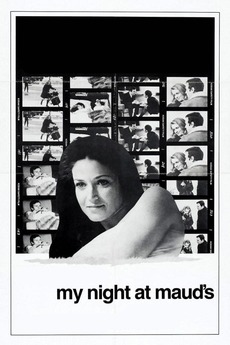 My Night at Maud's
JustWatch

My Night at Maud's

The rigid principles of a devout Catholic man are challenged during a one-night stay with Maud, a divorced woman with an outsize personality.

My Night with Maud, 我在溫柔鄉

This is a suggested viewing list of narrative films for the Film and Visual Studies PhD offered by Harvard University.…