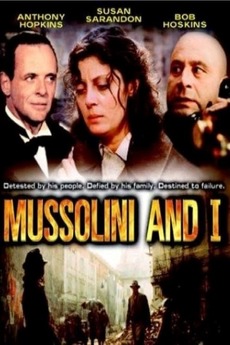 Mussolini and I
JustWatch

Detested by his people. Defied by his family. Destined to failure.

A compelling drama/documentary chronicling the life and death of Il Duce himself, from his days as a terrorist to his alliance with Hitler to the betrayal of his son-in-law and untimely demise.

Mussolini: The Decline and Fall of Il Duce

TV Mini-series, web series, OVA with 2 or more episodes, and long form documentaries. I excluded "O.J. Made in America"…

Ever wonder how The Great Dictator relates to You Nazty Spy!, or where Mr Klein fits into the grand catastrophe…

Films, Miniseries, and documentaries taking place during, and at least partly featuring events of WWII.