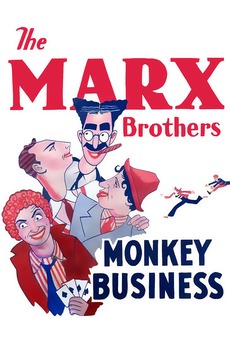 Four stowaways get mixed up with gangsters while running riot on an ocean liner.

S.J. Perelman Will B. Johnstone