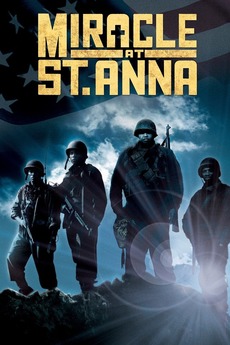 World War II had its heroes and its miracles.

Miracle at St. Anna chronicles the story of four American soldiers who are members of the all-black 92nd "Buffalo Soldier" Division stationed in Tuscany, Italy during World War II.

I added every response and I don't know why someone recommended Pulp Fiction but okay lol. Also, they are sorted…