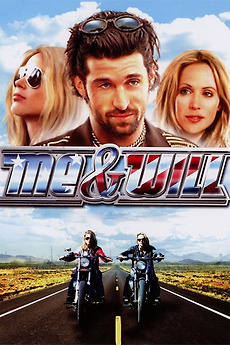 Me and Will
JustWatch

Nobody rides for free.

Two women with a passion for motorcycles meet while going through rehab. When they discover they've both longed to ride Captain America's red, white, and blue chopper from Easy Rider, they escape the rehab clinic and hit the highway in search of their dream bike.

aka How come you ain't got no sisters up on the wall?

I recently read an article which said that…

Chronological list of Keanu's work as an actor, updated at regular intervals. Enjoy!

the things i do for james mcavoy...... and some other ppl

A list of the films by the popular Keanu Reeves

All of Keanu Reeves' acting filmography