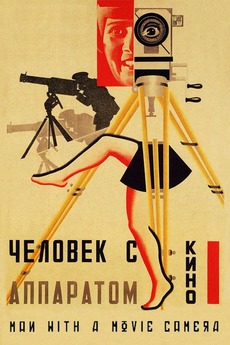 Man with a Movie Camera

A cameraman wanders around Moscow, Kharkov, Kiev and Odessa with a camera slung over his shoulder, documenting urban life with dazzling invention.