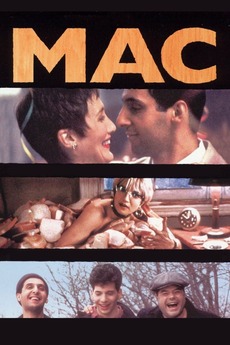 Niccolo "Mac" Vitelli is the eldest of three brothers in 1950s Queens. Mac is a construction builder, a trade he learned from his late father, and helps put his brothers on the job. When they can no longer take working for Polowski, who does shoddy work and is abusive to his staff, Mac and his brothers set up their own company. Together, Vitelli Brothers Construction builds houses with pride and care. But Mac turns out to be an overbearing workaholic, with obsessive concern about the quality of their work and incredible attention to detail. His intensity and driven ambition precludes a happy family life and begins to drive his brothers away.

Every Film Ever Nominated for an Independent Spirit in Any Category

includes both winners and special mentions…

Recent and Very Good Movies: Every film after 1965 that's rated 3 out of 4 stars in 'Leonard Maltin's 2015 Movie Guide: The Modern Era'

The final 'Leonard Maltin Movie Guide: The Modern Era' printed so far has been the 2015 Edition. This houses every…