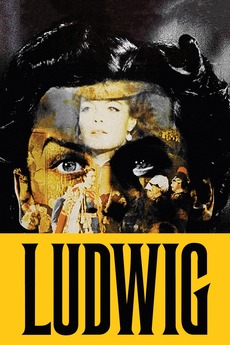 Ludwig. He loved women. He loved men. He lived as controversially as he ruled. But he did not care what the world thought. He was the world.

Historical evocation of Ludwig, king of Bavaria, from his crowning in 1864 until his death in 1886, as a romantic hero. Fan of Richard Wagner, betrayed by him, in love with his cousin Elisabeth of Austria, abandonned by her, tormented by his homosexuality, he will little by little slip towards madness.