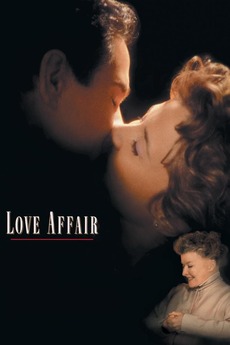 Ex-football star Mike Gambril meets Terry McKay on a flight to Sydney, which is forced to land on a small atoll. They become romantic on board a ship sent to take them to a larger island. They agree to meet in New York three months later to see if the attraction is real. One shows up but the other doesn't. However, a chance meeting brings them together again.

UPDATED: April 2020 (Removed some stuff I don't think really fits here on this list, added some glaring omissions, and…

The films without any nominations and little or no lasting influence in the eyes of the public. A few of…

Favorite Movie of 1994: Maverick! A personal favorite. Saw it in theaters that summer. My happy-place movie.

For research and archival purposes, working under the adage nothing that has ever happened should be regarded as lost for…

A list of accumulated (and unseen) titles from the last decade of the 20th Century. By release date.

Growing Pains in the 90's