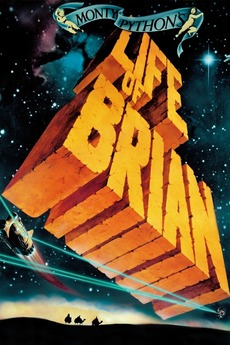 He wasn't the messiah. He was a very naughty boy.

Brian Cohen is an average young Jewish man, but through a series of ridiculous events, he gains a reputation as the Messiah. When he's not dodging his followers or being scolded by his shrill mother, the hapless Brian has to contend with the pompous Pontius Pilate and acronym-obsessed members of a separatist movement. Rife with Monty Python's signature absurdity, the tale finds Brian's life paralleling Biblical lore, albeit with many more laughs.

Not-so-shortlist of movies likely to contend for the 64 spots in Filmspotting Madness (starting Feb. 2022). Titles may – will,…