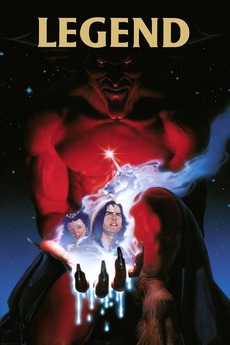 There may never be another dawn.

Set in a timeless mythical forest inhabited by fairies, goblins, unicorns and mortals, this fantastic story follows a mystical forest dweller, chosen by fate, to undertake a heroic quest. He must save the beautiful Princess Lili and defeat the demonic Lord of Darkness, or the world will be plunged into a never-ending ice age.