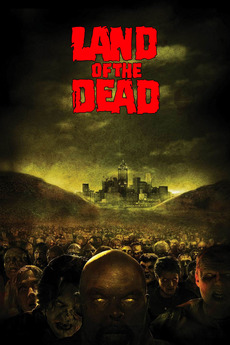 Land of the Dead

The dead shall inherit the Earth.

The world is full of zombies and the survivors have barricaded themselves inside a walled city to keep out the living dead. As the wealthy hide out in skyscrapers and chaos rules the streets, the rest of the survivors must find a way to stop the evolving zombies from breaking into the city.