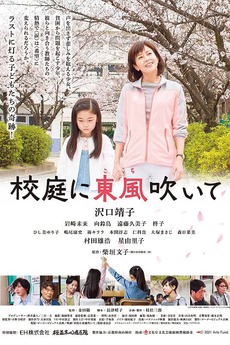 A drama in which Yasuko Sawaguchi starred in the movie for the first time in nine years since "Autumn Autumn" and played an elementary school teacher who loves children. Tomoyo Miki became a third-grade class teacher at the transferred elementary school. Children with a variety of circumstances, such as children with a "situation mood disorder" that cannot speak at all at school, and children with a lot of troubled behaviors who have a poor life due to the debt of their divorced mother and father. Tomoyo, in cooperation with his classmates and parents, face each other with all his might. The original is a novel of the same name by Fumiko Shibakaki who has experience as a primary school teacher. Sawaguchi plays the role of Tomoyo Miki, a female teacher of the main character, and Yuhiro Murata, Kumiko Endo, Yuriko Hoshi and others set aside.