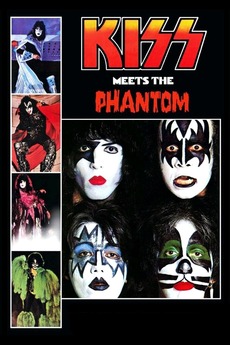 KISS Meets the Phantom of the Park
JustWatch

KISS Meets the Phantom of the Park

The tale of rock band KISS and their efforts to thwart a diabolical plan by mad scientist Abner Devereaux. Devereaux has found a way to clone humans into robots in his laboratory at an amusement park. It just so happens that he plans to uses the KISS concert as a platform to unleash his plan on the world. KISS must use their special powers to stop him.

Best of the Worst: A list of all movies featured on RedLetterMedia's B-Movie web series

A list of all movies featured on RedLetterMedia's web series, Best of the Worst, in which three random terrible movies…

Sex, Drugs and the Most Comprehensive Rock List on Letterboxd

Rock music is awesome, here's another list for my comprehensive Letterboxd music list this time containing a heap of rock…