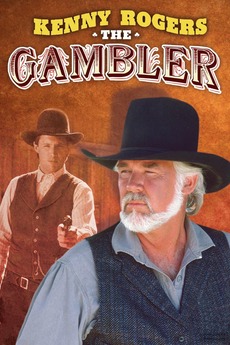 Kenny Rogers as The Gambler
JustWatch

Kenny Rogers as The Gambler

Kenny Rogers stars as Brady Hawkes, as the titular gambler, embarks on a journey to meet a son he never knew after the latter sends him a letter. Along the way, Brady meets Billy Montana (Bruce Boxleitner) and the two become friends. Billy (while trying to help Brady in his quest) fancies himself as a professional poker player on his own. Although Billy makes mistakes along the way (some of these include: trying to find a way to cheat or do some smooth talking), Brady makes sure that he stays on good behavior during a train ride to Yuma, CA. The duo help prostitute Jennie Reed (Lee Purcell) who has trouble with a train baron. At the end, Brady's son's stepfather (Clu Gulager) is confronted.

Someone Stole My Horse aka Westerns I’ve Watched

Every miniseries, made-for-television movie, special, or documentary ever nominated for an Emmy Award in any category.

Deep in the Heart: The Films of Texas