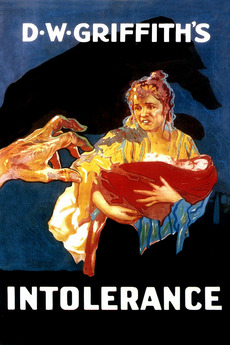 Intolerance: Love's Struggle Throughout the Ages

The Cruel Hand of Intolerance

The story of a poor young woman, separated by prejudice from her husband and baby, is interwoven with tales of intolerance from throughout history.