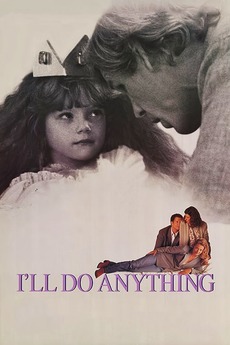 I'll Do Anything
JustWatch

Matt Hobbs is a talented but unsuccessful actor. When estranged (and strange) ex-wife Beth dumps their daughter Jeannie on Matt, father and daughter have a lot of adjusting to do. His budding relationship with attractive production assistant Cathy Breslow is made complicated, while the precocious child is overly accustomed to getting her own way. Matt eventually faces the choice of family vs career in a particularly difficult way.