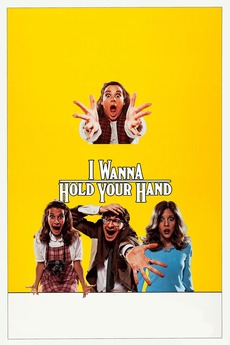 I Wanna Hold Your Hand

Some girls will do anything to meet their idols.

If they missed Beatles' first appearance in the U.S.A. they would hate themselves for the rest of their lives! So six young girls from New Jersey set off even though they don't have tickets for the show! The journey is full of surprises and misfortunes but the young ladies are determined to reach their idols.