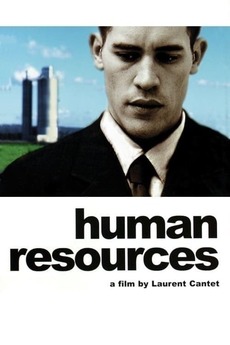 Set in Limoges, the movie tells the story of "good son" Franck (Jalil Lespert), who returns to his hometown to do a trainee managerial internship in the Human Resources department of the factory where his anxious, taciturn father has worked for 23 years.

Films in this list are from the links below: • 30 Films the Director Wants You to See • Criterion…

Anarchy at the Cinema

A list of films with history, characters, references or themes that are related to the subject of Anarchism, or produced…

You Don't Get Me, I'm Part of the Union!

Til the day I die *nods*

Every Film Ever Nominated for a César Award

Every film that has ever been nominated for a César Award in any category.

Short films missing from the database:…

Given the slippery definition and widespread vilification of the term, the "beautiful ideal" of anarchism remains on the margins of…

Taken from his Sight & Sound ballet, his Criterion Top 10 & closet videos, and from a top 50 films list he…