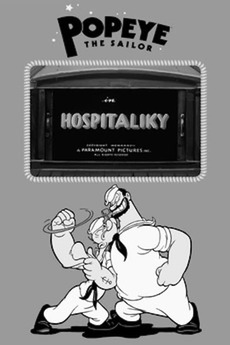 To get at nurse Olive, Popeye and Bluto fake various illnesses. Olive sees through this and tells them they need to be either very sick or hurt real bad, so they try to get hurt, but both have a sudden run of what would normally be very good luck. Out of desperation, Popeye feeds Bluto the spinach when they start fighting.