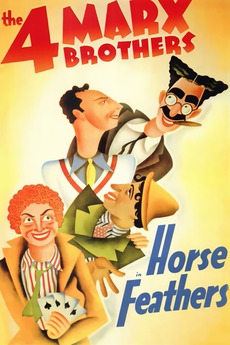 The Maddest Comics of the Screen!

Quincy Adams Wagstaff, the new president of Huxley U, hires bumblers Baravelli and Pinky to help his school win the big football game against rival Darwin U.