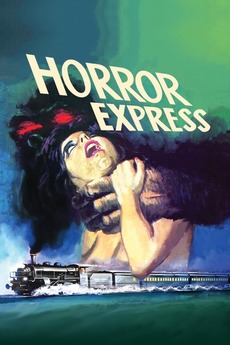 A nightmare of terror travelling aboard the Horror Express!

Mysterious and unearthly deaths start to occur while Professor Saxton is transporting the frozen remains of a primitive humanoid creature he found in Manchuria back to Europe.