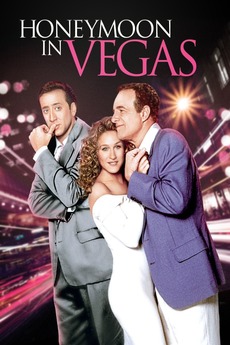 A comedy about one bride, two grooms, and a wedding party you won't believe.

On her deathbed, a mother makes her son promise never to get married, which scars him with psychological blocks to a commitment with his girlfriend. They finally decide to tie the knot in Vegas, but a wealthy gambler arranges for the man to lose $65K in a poker game and offers to clear the debt for a weekend with his fiancée.

“I'm kind of obsessed with Nic Cage. He's the only actor…

All the comedy films I like. Romantic or not.