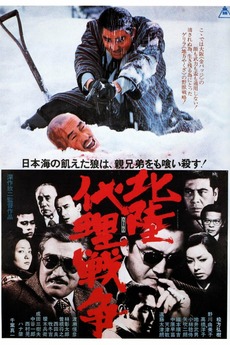 In the setting of the Hokuriku region, where the snow and cold winds rage, for the first time in true-life yakuza film history, director Kinji Fukasaku shows battles among yakuza who value land over tradition. Hiroki Matsukata stars as Noboru Kawada, a Hokuriku yakuza who will use any measure for survival, disregarding parents, brothers, and tradition.

Agent of War of the North, Hokuriku dairi sensô