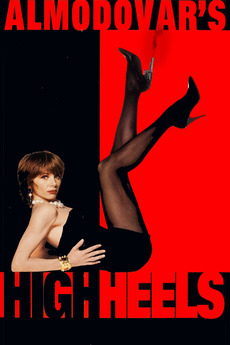 a mother, a daughter, a lover. relationships can be murder.

After being estranged for 15 years, flamboyant actress Becky del Paramo re-enters her daughter Rebeca's life when she comes to perform a concert. Rebeca, she finds, is now married to one of Becky's ex-lovers, Manuel. The mother and daughter begin making up for lost time, when suddenly, a murder occurs...